The two major variants discussed are the D614G and UK variant B117 mutation.

It is the natural byproduct of viral replication. RNA viruses have higher rates of mutation than DNA viruses, however, Coronaviruses make fewer mutations of the RNA viruses.

A mutation is the actual change in the sequence of the genome (the genetic material of an organism). Genomes that differ in sequence are called variants. A variant is a strain when it has a demonstrably different phenotype (for example difference in antigenicity, transmissibility and virulence). 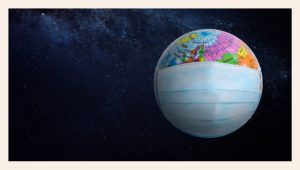 There have been concerning outbreaks on mink farms in the Netherlands and Denmark in late spring and early summer of 2020. Human to mink, mink to mink, mink to human transmission has been seen. Many SARS-CoV-2 sequences from Netherlands and Denmark had the Y-453-F mutation in the receptor binding of the spike protein which might mediate increased binding affinity for mink ACE-2 receptors. 11 cases from the Danish outbreak had a variant termed cluster five which had three additional mutations in the spike protein. This adaptation of the SARS-COV-2 in minks was concerning due to continued evolution of the virus in an animal reservoir and could potentially lead to recurrent spillover events from mink to humans and other mammals. Many countries have increased surveillance efforts and, in some cases, implemented large scale selective slaughter of mink farms.

B.1.1.7 aka 50Y V1 is a phylogenetic (evolution history of genetically related organisms) cluster that is rapidly spreading in southeast England. As of 12/28/ 20 it accounts for 28% of the cases in England and spreading 56% more quickly. Control of a more transmissible variant would likely require more stringent application and widespread adoption of public health measures like social distancing, stay at home orders and wearing of masks. 8 mutations are in the spike glycoprotein including N501Y. 501 Y spike variants are predicted to have higher affinity for human ACE 2 receptors that is rapidly spreading in South Africa.

The strain was first identified in Denmark in the spring of 2020. It is currently found in 11 California counties including Los Angeles and San Francisco. Health officials do not know if this is more deadly and or more contagious. It is also unknown if this strain renders the vaccine ineffective. In the coming days to weeks, we should be getting more information regarding this strain.

Current vaccines provoke an immune response to the entire spike protein. We hope that effective protection may still occur despite a few changes at antigenic sites in the SARS- Cov-2 variants. Sometimes a mutation that enhances one viral property can reduce another. It’s possible that mutations in spike proteins that are good for the virus right now could also make it less fit in the context of population level immunity in the future. Large scale monitoring of the SARS-Cov-2 evolution and host immunity will need to continue for a long time to come.

The UK variant has been detected so far in six US states including Colorado, California, Georgia, New York, Florida, and Pennsylvania. So far, it’s thought that one in 200 COVID cases or fewer are currently caused by the mutated strains. The CDC plans to double the number of coronavirus genomes being sequenced to look for the mutations in the US from 3000 samples per week to about 6500 samples per week.

The FDA has warned against the false negative results that can occur with any molecular test for the detection of SARS-Cov-2 if a mutation is in the part of the genome assessed by that test.

What does all this mean? It means that we do not know the extent of protection provided by the current vaccines against all the mutations of the virus just yet. It is of course being studied so that we do get some answers. It also means that the more people immunized, the better. If enough of the population can mount a response to stop the virus, the virus cannot live long enough to mutate and continue to propagate this pandemic. The best way to achieve immunization without much risk is through vaccination. We anticipate large vaccination availability in the coming months. I have gotten both doses of the vaccine myself, as have all of my colleagues. I encourage everyone to get the vaccine when they are able to do so. Remember, herd immunity is achieved when about 80-85% of the population has antibodies to the virus.

Board Certified in Internal Medicine and Lifestyle Medicine

Dr. Kishore is very passionate about Lifestyle medicine and wellness of her patients, she goes the extra mile to fit into the shoes of her patient and help view their challenges and find a resolution towards total wellness.

Through my year long interaction, she has been working with me to change my diet, exercise, sleep, stress management and weight reduction. Thanks to her guidance, eating healthy has now become second nature to me! I also feel that talking to her about my stresses and learning to deal with them while not ignoring my health and wellness has been a big take away for me.

I love her holistic approach and leading by example!! I’m very grateful for her support and encouragement!!

Dr.Kishore is very passionate and very caring. My fertility specialist recommended her, and also suggested me to lose weight to get pregnant again with healthy baby. I was so nervous and stressed. Because a year back I had abortion around 23 weeks because of abnormal growth of baby. It was devastating! I somehow managed to maintain the same weight a year but I wondered how can I get down my weight – being obese, with thyroid & pcos and migraine issues.

Dr.Kishore came to my life with a positive outlook on life and food. She helped me to understand my food issues, along with making life style changes, handling stress properly.

Working with Dr.Kishore is like having a best friend, a doctor, a weight loss coach – all in one together. Working with her not only helped me to lose weight but gave me the confidence that I can keep my weight off. She helped me make healthy choices in life, which is high priority and we tend to ignore it. I’m very glad that I chose to go with Lifestyle medicine with Dr.Kishore.

How to Improve Insulin Resistance with Diet and Exercise

We’d love to meet you